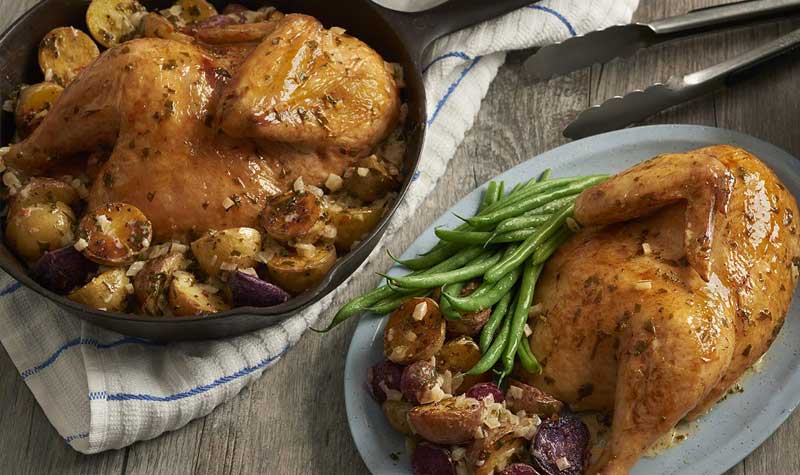 CONSUMERS TODAY WANT TO KNOW how the food they eat is raised, and restaurant operators are responding: More than 100 chains and foodservice providers have committed to following a set of chicken welfare standards, an effort dubbed the “Class of 2024,” championed by 10 animal advocacy groups and encompassing Global Animal Partnership standards.

Happy animals raised on sunny farms make a lovely story. But does their environment and diet affect the quality of their meat? Many seem to think so. Panera Bread’s animal welfare statement says, “We believe higher levels of animal welfare result in higher quality food that, when combined with our culinary expertise, leads to great taste.” Healthy food proponent Jamie Oliver notes that allowing chickens to act like chickens “results in happy and healthy birds that create better quality of meat,” according to his website.

It’s no surprise that an animal’s diet impacts its flavor. But scientists have found that exercise does as well. A study in Belgium at the Flanders Research Institute for Agriculture, Fisheries and Food found that birds that got more activity and time outdoors scored better for taste and tenderness in a blind taste test.

Restaurant companies are listening to consumers and demanding innovation from their suppliers. Panera and Chipotle, for example, are exploring slower-growing breeds and want to know about the facilities in which chickens are raised.

In turn, suppliers are responding. Perdue Farms Chairman Jim Perdue recently discussed the company’s emphasis on providing chickens with more room and exercise. “We found that the meat seems to be superior and premium,” he said. “The meat is tender. It has a lot of positive qualities.”

Perdue has been testing and measuring the effects of increased levels of sunlight, perches, places to hide and other enrichments. It’s also testing different breeds.

Also increasing the health and quality of Perdue chickens is their diet. The company says, “We believe that if you wouldn’t feed it to your guests, we shouldn’t give it to our animals.” Poultry is raised with no antibiotics ever and a diet of 100% vegetarian feed, with no rendered animal parts such as lard or bone meal. Not eating animal by-products reduces the chance that chickens will get sick, and a diet of grains, vegetables and herbs serves as a natural healthbooster and flavor-enhancer.

Thanks to these steps, Perdue was one of only three U.S. meat companies to receive a high rating—the second highest of six levels—from the Business Benchmark on Farm Animal Welfare, and was ranked in the top 15% globally. Efforts to raise animals responsibly have won the respect of groups like the Humane Society, and their care—and quality—can help win over guests as well.