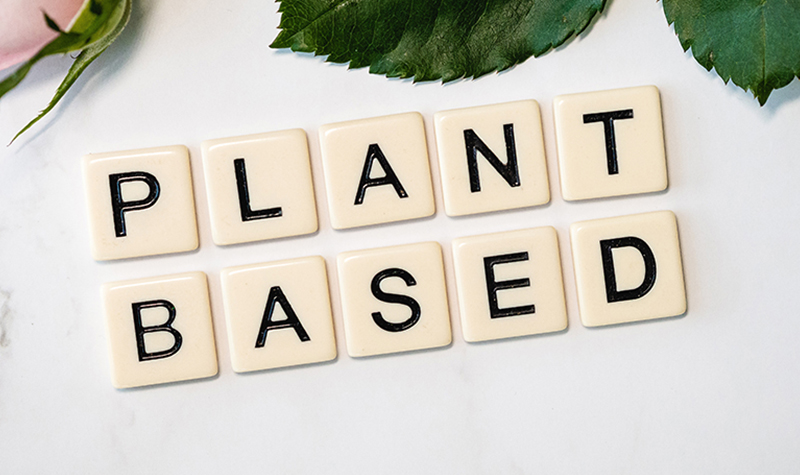 Thanks to product developers and suppliers, better-for-you, plant-forward food has been made more accessible at retail and foodservice. The plant-based meat market has quickly become a $4.6 billion industry and it’s expected to continue growing, climbing to $85 billion by 2030, according to UBS.1

Within foodservice, the prevalence of meat alternatives on menus has risen 300 percent over the past year, according to Technomic, which reports that 58 percent of consumers say they’re likely to purchase plant-based foods.2 Chefs also are enthusiastic about plant-based proteins, telling the National Restaurant Association (NRA) they expect it to be 2020’s second biggest food trend (behind eco-friendly packaging).3

Impossible Foods and Beyond Meat did the heavy lifting that made meat’s metamorphosis possible. Thanks to their aggressive product development, sales and marketing, consumers can now find plant-based Impossible Burgers at White Castle, Burger King and Hard Rock Café, among others, and Beyond Meat options at TGI Fridays, Del Taco, Dunkin’ and Hardee’s.4

Plant-based chicken is the next innovation of chains’ radars, thanks to a developing partnership between Beyond Meat and KFC. After a successful test launch of Beyond Fried Chicken™ in summer 2019, KFC and Beyond Meat tweaked the plant-based chicken to look, taste and pull apart like a KFC chicken breast. KFC then tested the improved version at restaurants in Charlotte, North Carolina, and the Nashville, Tennessee, metro area last month. The company is now weighing a nationwide rollout of the product.5

Only a small minority of consumers (5 percent) classify themselves as vegetarians, while 21 percent identify as flexitarians who eat meatless meals sometimes.6 This emerging consumer segment of flexitarians have driven the demand for expanded plant-meat blends, now showing up on NRA’s top 10 trends list3 and Whole Foods’ 2020 trend predictions.7

The James Beard Foundation has championed plant-meat blends—specifically those with mushrooms—for several years in its Blended Burger Project, a movement whose goal is making burgers “better for customers and for the planet” by utilizing blends that are at least 25 percent fresh mushrooms.8 Each year, chefs compete with their blended-burger recipes for a chance to win $5,000 and prepare their burger at the historic James Beard House in New York City. One of the 2019 winners, Chef Meredith Manee of Burger Shack at the Ritz-Carlton Kapalua, in Hawaii, created the Maui Ono Mushroom Burger, a 70/30 blend of grass-fed Maui beef and Kiawe-smoked king ali’l mushroom. Another winner, Chef Robert Repp of Hops at 84 East in Holland, Michigan., created The Trumpet Burger, a 75/25 blend of brisket and trumpet mushroom grind.

Chicken is the next logical destination for the plant-forward protein movement, thanks to forward-thinking suppliers. Perdue recently launched PERDUE® CHICKEN PLUS™ nuggets, tenders and patties that feature chicken blended with vegetables. Each product features a 60/40 blend of 100 percent all-natural*, No Antibiotics Ever white-meat chicken and a medley of cauliflower, chickpeas and plant protein that equates to a half serving (quarter cup) of vegetables**. Each CHICKEN PLUS™ option comes fully cooked and ready to bake or fry.

Whether it’s burgers, chicken or any other protein, consumers prefer not to sacrifice flavor in order to satisfy their dietary and environmental values. Blending their favorite proteins with better-for-you plants could be a happy medium that lets them have the best of both meat and meatless eating. Watch as more suppliers like Perdue expand the landscape with flavor-developed options to satisfy consumers’ evolving tastes.

**One serving of this product does not provide significant amount (1/2 cup) of vegetables. USDA Dietary Guidelines for Americans recommend eating 2 1/2 cups of vegetables daily. Plant-forward is an industry term defined by the Menus of Change 2019 Annual Report, 2019.