These Global Cuisines Will Heat Up on US Menus This Year 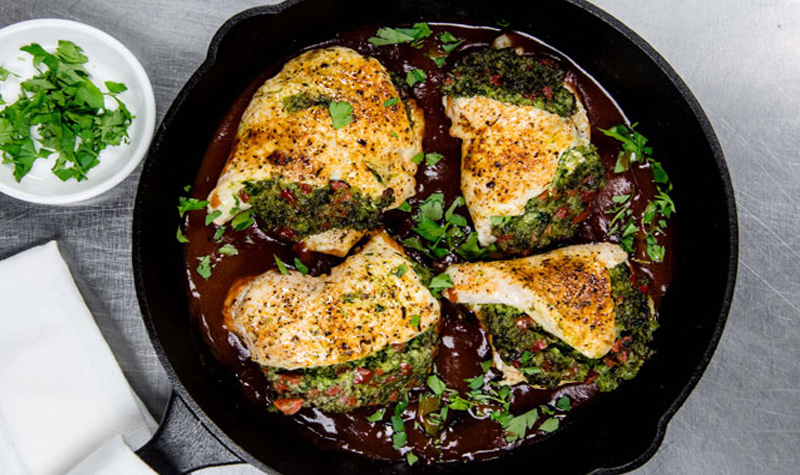 US chefs will continue to draw inspiration from cuisines from all over the world in 2019. Restaurant menus will delve deeper into global cuisines, offering foods and flavors from new locales as well as more specific regional takes on the Asian, Latin American, Mediterranean and Middle Eastern cuisines that have already won fans in the US, Culinary Visions Panel predicts.

Here’s a look at a few of the global ingredients and dishes that experts predict we’ll see more of this year, and ideas for how to integrate global flavor into a range of restaurant concepts.

US chefs have long drawn inspiration from Asian cuisine, and this year a few new dishes will come to the fore, Baum & Whiteman predicts.

Bubble tea and soup dumplings have been some of Taiwan’s most popular contributions to the US food scene, and this year will give rise to more Taiwanese dishes such as oyster omelets with bright tomato sauce and three-cup drunken chicken.

A popular Chinese street food called bing will continue to make inroads in the US this year. Fast-casual eateries are finding success with both wheat-based chun bings that resemble flatbreads and jian bings that have a more crepe-like texture.

The Japanese katsu sando -- made with a fried meat cutlet between two slices of soft bread -- began popping up on US menus last year and will continue to gain popularity. In Japan, the dish commonly features breaded pork, but chefs are riffing on the versatile sandwich with other proteins. Momokoni in Atlanta and Pagu in Cambridge, Mass., both offer a variation made with chicken, which satisfies growing demand for lighter fare and offers an option for diners looking to eat less red meat.

“Chicken is an excellent center-of-the-plate protein that works well with a variety of flavor profiles and combinations,” said Michael Buononato, senior vice president at Creative Food Solutions and a culinary consultant for Perdue Foodservice. Chicken is consumers’ favorite protein, according to Datassential’s 2018 Meat & Poultry Keynote report. Even as diners are paying more attention to plant-based foods, demand is increasing for premium, high quality proteins, Bret Thorn wrote in his roundup of trends from the 2018 MUFSO conference. In fact, 90% of consumers surveyed by Datassential said they had eaten meat or poultry in the past three days.

“Customers are eating more simply and healthfully when dining out. They want menu items made with high-quality greens, grains and proteins, among other things,” Buononato said.

Israeli cuisine will continue to be popular

Israeli food has been rising in popularity in the US, and dishes and ingredients from Israel and surrounding countries will show up on more menus this year, according to predictions from Technomic and Kimpton Hotels & Restaurants.

Now that hummus, pita and other Israeli staples have entered the mainstream in the US, chefs are beginning to branch out. Whether it’s more niche selections from Israeli cuisine or variations on already popular dishes, cuisine from the country will proliferate. Hospitality consultancy af&co. included Israeli food from Oren’s Hummus in San Francisco, Calif., in its roundup of globally-inspired breakfast dishes that it predicts will be popular in 2019.

For a simple way to tap into the trend, shawarma is a versatile dish that has broad appeal, Buononato said, citing a Datassential report that found the meat preparation has grown 45% on menus over the past four years. Beef and lamb are the most common proteins used in shawarma, but chefs can also experiment with chicken and turkey, he said. The trendy Chicago-based restaurant BenjYehuda offers Israeli street food-inspired dishes such as chicken shawarma served in a grilled pita or over rice with a variety of fresh toppings.

Ingredients from Africa -- particularly spices -- will flavor more foods this year according to predictions from Kimpton and Food Navigator.

Food Navigator’s Elizabeth Crawford credits Nando’s Peri Peri with sparking US consumers’ love of the South African peri peri sauce. The flavorful sauce -- which the chain uses to marinate its chicken -- will continue its hot streak this year while also paving the way for other African ingredients, including the spice paste harissa. The North African spice mix, ras el hanout, is expected to show up on more menus, as well as the spicy berbere seasoning blend that is common in Ethiopia.

“As bold flavor profiles are becoming more mainstream in US restaurants, operators have the opportunity to incorporate a wider variety of spices into their menu offerings and LTOs,” Buononato said.