How to Heat Up Your Barbecue Menu 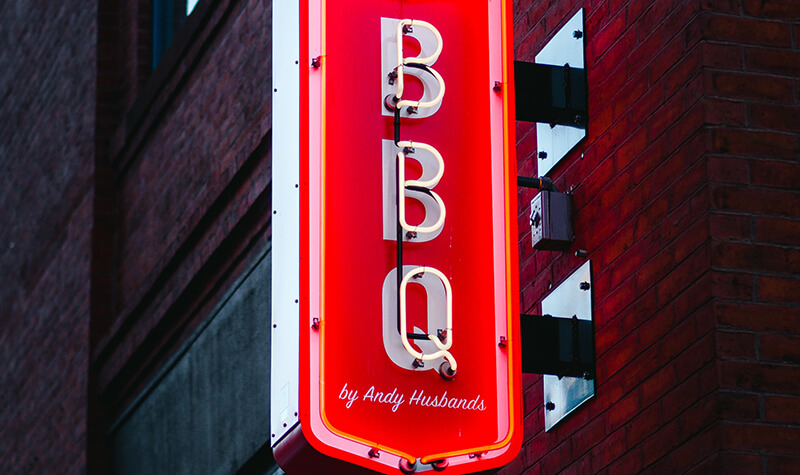 With restaurants still recovering from the COVID-19 pandemic, it’s imperative to adjust to this new normal. Adding a proven winner like barbecue to your menu can help drive traffic to a variety of operators.

Barbecue is a tried-and-true menu staple that proves itself with great takeout potential––which is ideal for today’s customer. It is versatile enough to work well across multiple dayparts and is easily reheated at home.

From Texas-style (the most menued) and Tennessee-style (the fastest growing) to classic Carolina, barbecue has become a revered comfort food for consumers across the country. Now found on nearly 60 percent of U.S. menus, barbecue is blossoming in quick-serve, family midscale and casual dining operations; but its greatest growth is happening in the fast-casual segment.1

The highly customizable, do-it-yourself nature of barbecue makes it an easy choice for carryout, delivery and grab-and-go cases. To make these menu offerings even more appealing, experiment with sauces and seasonings, proteins, and more. Here’s how.

As a condiment, barbecue sauce is a year-round crowd-pleaser—on burgers, as a marinade for pulled chicken and pork, and in dressings on indulgent salads. Barbecue sauce’s versatility makes it a menu superstar, in fact. White barbecue sauce menu appearances increased 125 percent from Q4 2015 to Q4 2018, according to Mintel; Korean barbecue sauce mentions, meanwhile, grew 28 percent during the same period.2

Many operators are expanding beyond the traditional regional flavors of smoked, hickory and honey, however. Sauces infused with bourbon/whiskey or flavored with jerk or chipotle seasonings have grown in popularity in recent years. Other trendy varieties appearing on more and more menus include maple, mesquite and pecan.

Cater to Health- and Price-Conscious Consumers

Consumers’ desire for healthier menu options doesn’t make barbecue a less viable option. In fact, the poultry—which 78 percent of consumers regard as healthy—is a perfect vehicle for the smoky, saucy satisfaction barbecue delivers.3

Although turkey is on 67 percent of all U.S. barbecue restaurant menus, just 0.4 percent of these menus offer barbecue turkey specifically. The fast-casual segment has capitalized on this opportunity: barbecue turkey offerings on these operations’ menus has grown more than 93 percent in the past year alone.1 Operators in other segments can capitalize on consumers’ increased awareness of and interest in barbecue turkey by adding it to their menus as well.

Turkey’s leanness also brings new life to barbecue concepts and dishes. (A 3-ounce portion of roasted skinless turkey breast, for example, contains only 3 grams of fat and is naturally low in sodium, according to the National Turkey Federation.4)

What’s more, turkey is economical. Barbecue turkey has the lowest per-pound price point on the menu at Austin, Texas-based Franklin BBQ—and it’s also the easiest to cook, says co-owner and pitmaster Aaron Franklin, the 2015 winner of the James Beard Foundation’s Award for Best Chef in the Southwest. Franklin suggests purchasing turkey breasts that have no pre-flavoring so you can be in complete control of the meat’s final flavor.5

Patrons of The Smoke Shop, winner of Boston Magazine’s “Best Barbecue Restaurant” award in 2018, can satisfy their cravings for both turkey and barbecue. Chef/pitmaster Andy Husbands and his team offer a barbecue Smoked Turkey Breast Plate with two sides, as well as a House-Smoked Turkey BLT featuring house-cured bacon, pepper jack, dijonnaise and green goddess dressing.

Push Past the Expected

You can also entice less adventurous customers to try new items on a small, less costly scale with sides and smaller portions. Consider combining trendy or spicy flavors with turkey in forms other than the traditional sandwich, such as barbecue turkey wraps, bowls, omelets and salads.

Expanding your menu’s fare to feature nutrition-forward barbecue with spicy flavors, trendy ingredients and fresh applications is sure to satisfy customers looking for new renditions of comfort food they can bring home to enjoy.